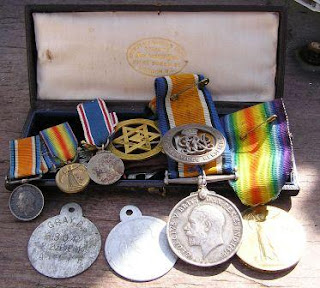 The image on this post has been taken from the Lost Medals Australia blog and the fascinating story of the return of a First World War pair owned by a former mayor of St Kilda. Well done, Glyn, and thanks for following this blog.

I picked up the Victory Medal to this man about eighteen months ago; part of a job lot from the second-hand market in Chelmsford.  I wrote about Stephen Smeeton - another component of the job lot - yesterday.  This is Leslie Harris's story.

The medal index card gives this man's name as Leslie, and little else.  He was entitled to the British War and Victory Medals and so did not arrive overseas until 1916 at the earliest.  His number - 203507 - belongs to the series allocated to the 4th Battalion, Essex Regiment, and I know from my own research into army numbers that this number was not issued until after May 1917.

There are surprisingly few candidates for Leslie A Harris recorded in the GRO's birth records. The most compelling candidate appears to be Leslie Arnold Harris who was born in Godmanchester, Huntingdonshire and who appears on the 1911 census as a 12-year-old living with his family at 64 Salisbury Avenue, Rochford, Essex.  This would have made him an 18-year-old conscript in 1917.

The owner of my Victory medal certainly survived the war and, I believe, died in 1961.  There is a death for a 61-year-old Leslie A Harris recorded in the Brentwood District in the June quarter of that year. 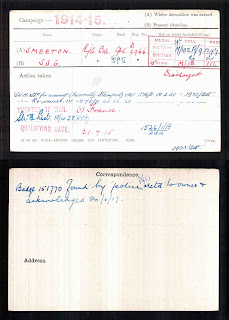 I picked up this man's Victory Medal some while back and thought it might be an idea to post what I know about him.  His medal index card tells us the following:

1. He was entitled to the 1914-15 Star, the British War Medal and the Victory Medal
2. He was awarded silver war badge number 151770 which was mislaid, was found by the police,returned to him and subsequently acknowledged on the 20th June 1917
3. He arrived overseas in France on the 21st July 1915
4. He was a corporal when he stepped off the boat in France but was subsequently reduced in rank
5. He must have been discharged from the army prior to 20th June 1917 (see 2. above)
6. His British War Medal was incorrectly impressed and was returned on the 18th February 1921.  It was re-issued on the 21st December that year.

No service record survives for this man but the B prefix indicates that this man was either a reservist whose number had been re-allocated (which, incidentally, according to Queen's and King's Regulations, it shouldn't have been) or a time-expired regular who was re-enlisting.  I could find no surviving service record in WO 97 but his silver war badge roll entry confirms that he enlisted on the 1st September 1914 and was discharged on the 20th March 1917 as a result of wounds (rather than sickness).

A search through birth records yields one candidate: Stephen Samuel G Smeeton whose birth was registered in the West Ham district in the September quarter of 1885.  I have not located him on either the 1891 or 1901 census returns but he appears on the 1911 census as a 25 year-old stevedore living with his parents and five siblings at 68 Canton Street, Poplar.  A widowed sister-in-law, Bertha Kershaw, is also recorded and it is noted that his mother had given birth to eleven children, nine of whom were still living in 1911.  Stephen is recorded on the census as Stephen S J Smeeton and he is the only child who is recorded as having been born in West Ham.  The next youngest sibling is Albert James Smeeton aged 20, and therefore born around 1890, whose place of birth is noted as Poplar.  Presumably then, the family moved from West Ham to Poplar at some point between 1885 and 1890. Stephen is the only member of the family noted at that address on the 1915 electoral roll.

As regards Stephen's military service, let's assume he joined the army at the age of 18.  This would have made his year of enlistment as 1903 and a time when general short service enlistment terms were three years with the colours and nine on the reserve.  So perhaps he served until 1906 and was on the reserve when war was declared.  This doesn't seem right to me - his date of entry into France seems just too late for a much-needed reservist - but I'll have to content myself with this mystery in the absence of documentary evidence to the contrary.

The year after he was discharged from the army, Stephen Smeeton married Gwendoline E E Hiorns in Hackney.  Their marriage was recorded in the September quarter of that year. He and Gwendoline appear on the 1919 and 1920 electoral rolls living at 167 Mandeville Street, Hackney but by 1922 Stephen is living at 50 Spring Lane, Stamford Hill (Gwendoline does not appear) and he's still there, alone, in 1923 and 1924.  As well as confirming Stephen's address, the electoral rolls also give us his full name: Stephen Samuel George Smeeton.

I could find no evidence of issue from Stephen's marriage to Gwendoline Hiorns and after 1924 the trail goes cold until 1937 when Stephen Smeeton's death at the age of 51 is recorded in the registration district for Ongar, in Essex. 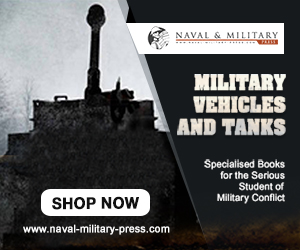 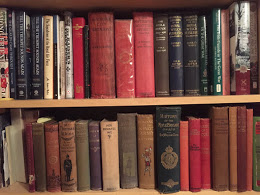